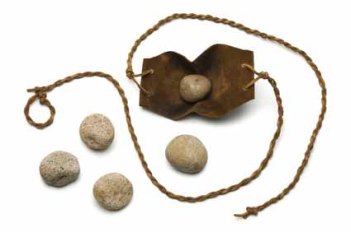 “Hit what you aim at” is one of our Battalion Commander’s key expressions. This is the most basic of Soldier tasks, and most crucial. “The Infantry owns the last 100 yards of the battle,” he reminds us.

New Yorker writer, Malcolm Gladwell, writes in his most recent book “David and Goliath” that the underdog, David, actually had the tactical advantage in the fight, not the giant. David may have been outsized but he was not outmatched. Slingers were always favored over heavily armored warriors in ancient combat.

David’s advantage was his courage through preparedness and faith, through which he defeated an oversized opponent.

The EXMAT (training plan) for our 21 days of training may seem like an oversized opponent, but 2-124 Infantry is not outmatched because of our preparedness and faith…**

**and the tirelessness of SGM Slingerland “The sling is mightier than the EXMAT!”

because the journey is the destination…