It’s time I can’t get back, relive, or redo.   Of all the years I’ve served in the Army, these have been the most rewarding and fulfilling: professionally, personally, and spiritually, thus far.

I was privileged to serve for five years as a Battalion Chaplain with 2-124 Infantry Battalion of the Florida Army National Guard.  During this time we deployed to the Horn of Africa for nine months (2015-16), responded to Hurricane Matthew (2016) and supported the Republican National Convention (2012).

However, it is easy to look back with a sense of nostalgia regarding my work during those years.  I did most things right.  However, I also did some things wrong.  My intent is that this post will encourage and caution you from making similar mistakes.

This is an After Action Review in part.  Those things that “went well” you can read here.  This post is specifically a reflection and honest assessment about three things, from least to worst, which I did wrong.  Have mercy.

3) Getting Political.  “Hide your crazy,” is guidance our Brigade Commander instills when it comes to a host of issues.  Politics is one area wherein I apply that wisdom.  As a voter, I registered my party affiliation as “None” over a decade ago.  A Chaplain risks being marginalized with one or more Soldiers or groups in their unit, community, or church if his/her Political affiliation shares space in the pulpit or with the faith insignia on his/her OCP.  This limits my operational effectiveness to provide and advise for Religious Support.

During the 2016 political season, I suffered from some self-inflicted wounds by making a few inane social media posts.

No matter how well thought out I imagined these comments to be, they were best kept to myself.  Thomas Jefferson said it best, “I never considered a difference of opinion in politics, in religion, in philosophy, as cause for withdrawing from a friend.”  I certainly extend this to all the Soldiers, as well as neighbors and church members with whom I share this life.

As a chaplain, my role is to ensure that all Soldiers have access to the free exercise of their religion.  As a Soldier, my solitary role in regard to politics is to support and defend the Constitution of the United States.  As a Christian, I understand that Jesus mobilizes me to sincerely and authentically love my neighbor regardless of whether we vote the same or not.

2) Doling Out Advice.  While this may seem counter-intuitive or contradictory to what some may think a Chaplain should do.  It’s not.

During my time with 2BN, I had hundreds of appointments with Soldiers and thousands of conversations.  Most Soldiers just needed me to listen.  Generally, 75% of pastoral counseling is listening.  The other 25% is asking good questions and discussion.  Most people will solve their own crisis if you care to listen long enough.

Much of the counseling responded to crises – in marriages, in parenting, in units, with operational stress, suicidal ideations, grief, death of a loved one, and/or spiritual crisis.

Be assured, seminary along with pastoral experience, as well as training at the Chaplain Officer Basic Leadership Course prepares all Army Chaplains for a large spectrum of counseling situations. Most days I did it well.

The days I did it wrong that were the days I spent most of an appointment or conversation listening to myself talk, doling out advice, and trying to fix Soldiers’ situations for them.

1) Present but Absent.  I love the adage of my favorite professor that “90% of ministry is just showing up.”

However, it’s possible to be present but absent.  There were times that I was present with Soldiers but largely checked out.  I may make the effort to go sit in the same room with Soldiers, but then have little or no interaction with them while there.

Ministry of Presence is work.  It is active, not passive.  As with medical ministry, it requires me to observe, assess, and engage with what is really happening.  It demands mental, emotional, cultural, and situational alertness – before I arrive in the room and after I leave it.  Most Soldiers, as well as people, are dealing with some form of concealed trauma, pain, stress, crisis, or unaddressed spiritual needs.  A chaplain’s role is to provide support to these needs in context of “hanging out.”

One of my chaplain mentors tirelessly asks, “What’s your plan for Religious Support (RS)?  Ministry of Presence is not just showing up and standing around doing nothing.  What is your plan for that ‘presence?’  Are you going to engage in conversation, share a word of the day, or invite them into prayer?  Never show up to spend time with soldiers without a RS plan of how you’re going to intentionally spend that time.”

The days I did it wrong are the days I did not have a plan.  I just showed up and stood in a corner.  I was present but absent.

Soldiers and service members are some of the easiest people with whom you’ll ever talk, because you can have a conversation with him about anything: family, tech, sports, guns, art, music, politics, religion and why they joined the Army.  One quip from a recent blog about 5 things Veterans Know affirms that veterans know “how to get along with just about anyone.”  It is always so easy to start a conversation with a Soldier.  Our Soldiers inspire me.  I regret the conversations I didn’t start, yet never have regretted a single one I did.

I was recently assigned as Brigade Chaplain.  I’ll take these few lessons learned and relay them to the team of Battalion Chaplains whom I a privileged to now mentor.

I reflect on my assignment as a Battalion Chaplain.  It is a bitter-sweet celebration of those years mixed with a sober awareness that I’ll never get that time back with those Soldiers.   #Seminoles #NeverSurrender 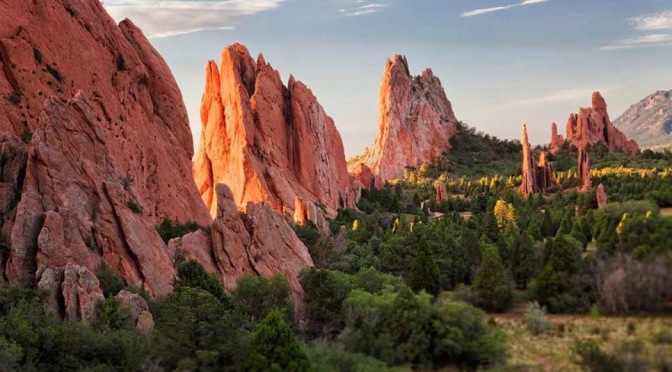 I fell hard. L1 vertebrae fracture. I felt intense pain as soon as I hit. The impact knocked the breath out of me. I let out a moan and tried to sit up, but the pain wouldn’t allow me to do it. So, I rolled to my side and propped myself up on my hands and knees.

A compression fracture is a unique fracture of a bone where pressure is applied to opposite ends of a bone. Imagine a piece of chalk pinched between a pair of pliers. Compression. Fracture.

I was trying to stand as if to irrationally prove that nothing was wrong. The pain got worse directly in the center of my back. Each time I tried to stand or straighten my back the pain stole my breath. All the while, I was trying to mentally replay what had happened before the fall. “What did we do wrong?”
Jason and I drove to Colorado Springs at the end of our freshman year at the University of Central Oklahoma. We were celebrating finishing the semester and the enthusiasms that go along with being young men in a world of possibilities. We were stretching the borders of our lives.

We met each other during Orientation Week prior to the first day of classes, and even though we pledged different fraternities, we were best of friends throughout the year. Brothers. We shared a common faith in Christ and enjoyment for the outdoors. We started spending random Saturdays during the spring semester at Red Rock Canyon State Park to hike, rock climb, and rappel.

“Let’s climb and rappel at Garden of the Gods!” Jason suggested one day. He grew up 30 minutes from there which meant free lodging and food; all we needed was gas money. The drive there was epic. The last day of spring classes, we loaded up his Ford Bronco 2 and drove west toward Amarillo. We literally drove watching the sun bring the day to a close and transform the horizon into a blend of dozens of colors. We turned north in Amarillo and made it to his parents’ house sometime in the middle of the night.

As young men, armed with a brazen plan and half a night of sleep, we woke the next morning and shoved a delicious home-cooked breakfast down our throats and loaded up our gear into his dad’s truck. His dad insisted on driving us so we could grab a few extra winks of sleep enroute to the Garden.

The Garden of the Gods is an appropriate term for the park’s beauty and grandeur. After we grabbed our gear off the truck, we waved goodbye to his dad, who would return to pick us up at the end of the day. We climbed and rappelled all morning. The pièce de résistance of our climb and rappel was a 70 foot overhang that allowed a rappel in open space from top to bottom. It was intoxicating.

Then rain clouds rolled in. The light sprinkle let us know our day was over. I told Jason I would rappel down once more to untie our ground belay. Once at the bottom, I would signal for him to untie the top. I crested the lip and began my descent. With 15 feet left to rappel, I felt the terrifying sensation of weightlessness as my left hand collapsed into my chest along with all the rope from above. We made a mistake and untied before I was off the rope.

I screamed something and nothing. Within seconds I hit the ground. My body landed in a U-shape with my tailbone and lower back striking first. I lay motionless for a few seconds or minutes, I do not know. I didn’t know if anything was broken, but the terror of falling was followed by the terror of potential back injury or paralysis.

Jason made his way down to find me on my hands and knees trying to stand but unable to because of the pain. Any attempt to move shift my weight over my legs to stand resulted in immediate pain and loss of breath. Then it started to rain. Hard.

This was before the days of widespread cellphone use. Jason was able to help me stand and we got to the roadside where a 1960’s Volkswagen bus with three German tourists picked us up and got me to Park Rescue. I was placed on a backboard once the ambulance arrived and the severity of my situation set in. “I may lose my ability to walk or run ever again.” Much time was spent in prayer, reflection, grief, and acceptance over the next few days as I lay confined to a hospital bed.

Prior to this fracture, the farthest distance I ever ran, in one continuous effort, was the two miles required for each of my annual Army Physical Fitness Tests. This isn’t saying much; I was 19 years old and had only been in the Army for two years.

I was in a back brace for 2 months afterward. The compression fracture caused my L1 to break outward instead of inward toward my spinal cord. The doctors said I should heal without any limitations for walking or running in the future.

I run now. I’ve completed only three marathons: the Marine Corps Marathon in Washington DC and the New York City Marathon. I’ll be running the MCM again this October, the 10 year anniversary of my first marathon.

Some wouldn’t think of me as a runner. I’m not fast. I don’t log more than 20 miles in a “good” week. I don’t keep track of my PR times. I don’t own any compression socks, pants, shorts or shirts. I look for running shoes that are last year’s model on sale.

What’s your fracture? How do you wring something good out from it?

because the journey is the destination…